While hunting ranks among the top three favorite activities of French people, the French National Federation of Hunters (FNC) still faces a drastic increase in disrespect against hunters. Armed with steady values and a conservation mission, the FNC wishes to enhance its brand positioning through a new website.

How can we overcome stereotypes related to hunting and answer to the current trend of bashing hunting?

We delivered the first version of the website in 3 months. The release was planned to take place during a 360° campaign launched by the FNC to reveal its new digital identity. The atomic design allows the Federation to create new pages and content on their own.

The FNC is an association approved by the French government. Its goal is to protect the environment. Therefore, we decided to re-appropriate associations’ ways to communicate, and we played around the notion of action - semantically and graphically.
Idea #1

To represent FNC’s love of Nature and only suggest hunting to convince more easily.

Immersive video loops have been created out of the media sources of the Federation’s photographer, who travels through the most beautiful regions in France. These loops offer users to be at one with nature, digitally speaking.

To choose from action verbs and highlight what matters the most. 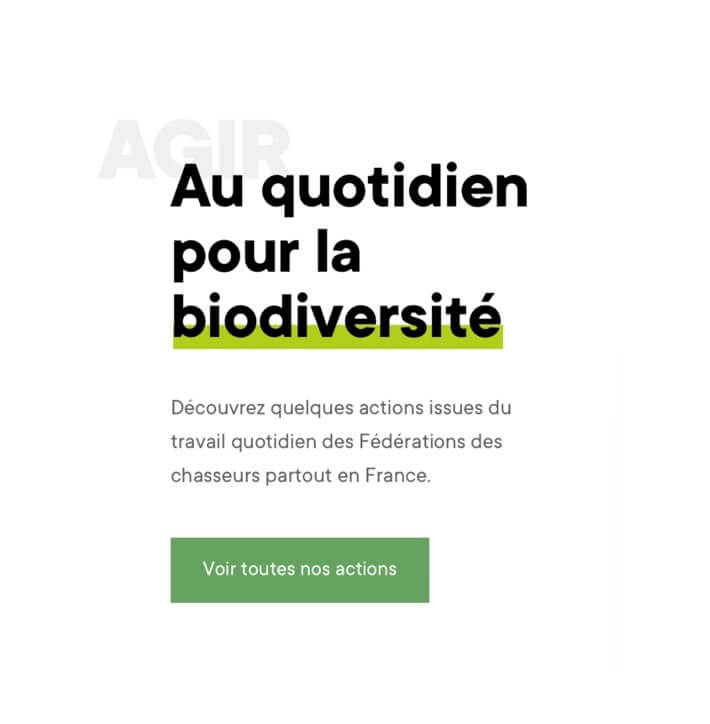 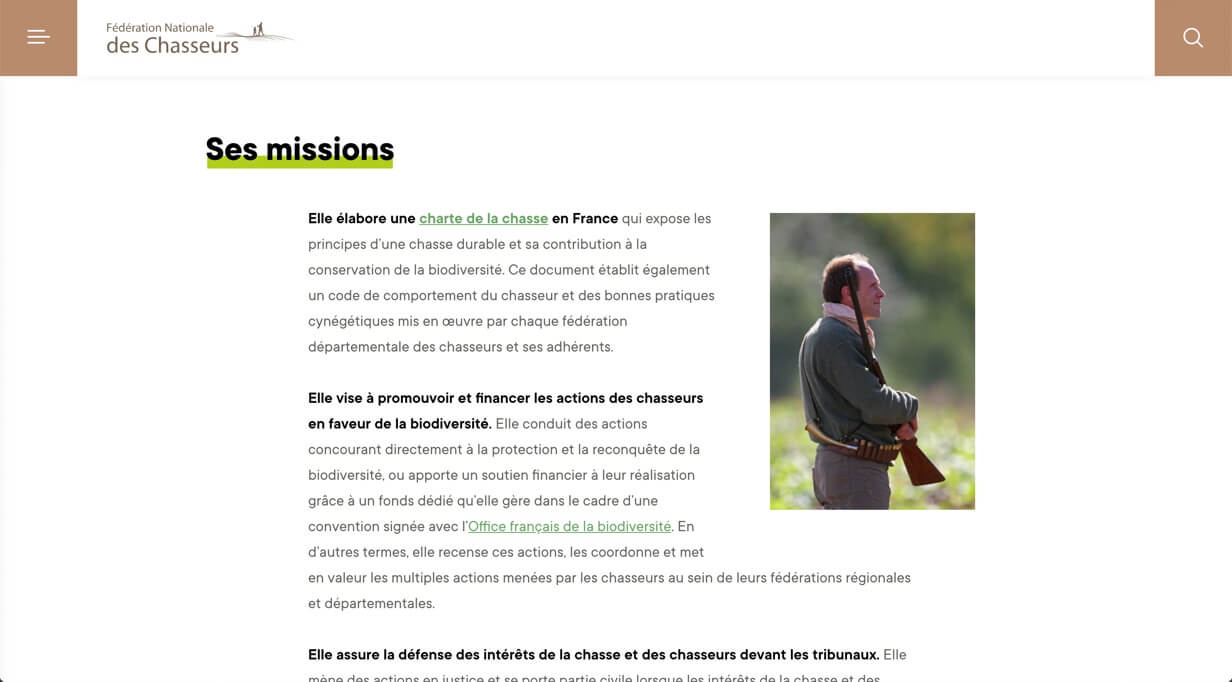 The content architecture has been designed around 4 main pillars, which meet each of the Federation's targets.

This section provides a better appreciation of the association’s missions and tries to clarify them to the general public.

This part of the website showcases the hunting activities in an educational way through its History, key figures and even FAQ.

This branch illustrates what the Federation’s and its ecosystems contributions are in France and how they advocated for Nature’s best interests on a daily basis.

Designed for hunters, this category allows members to learn more about the regulations or even the dates on which the hunting seasons begin. 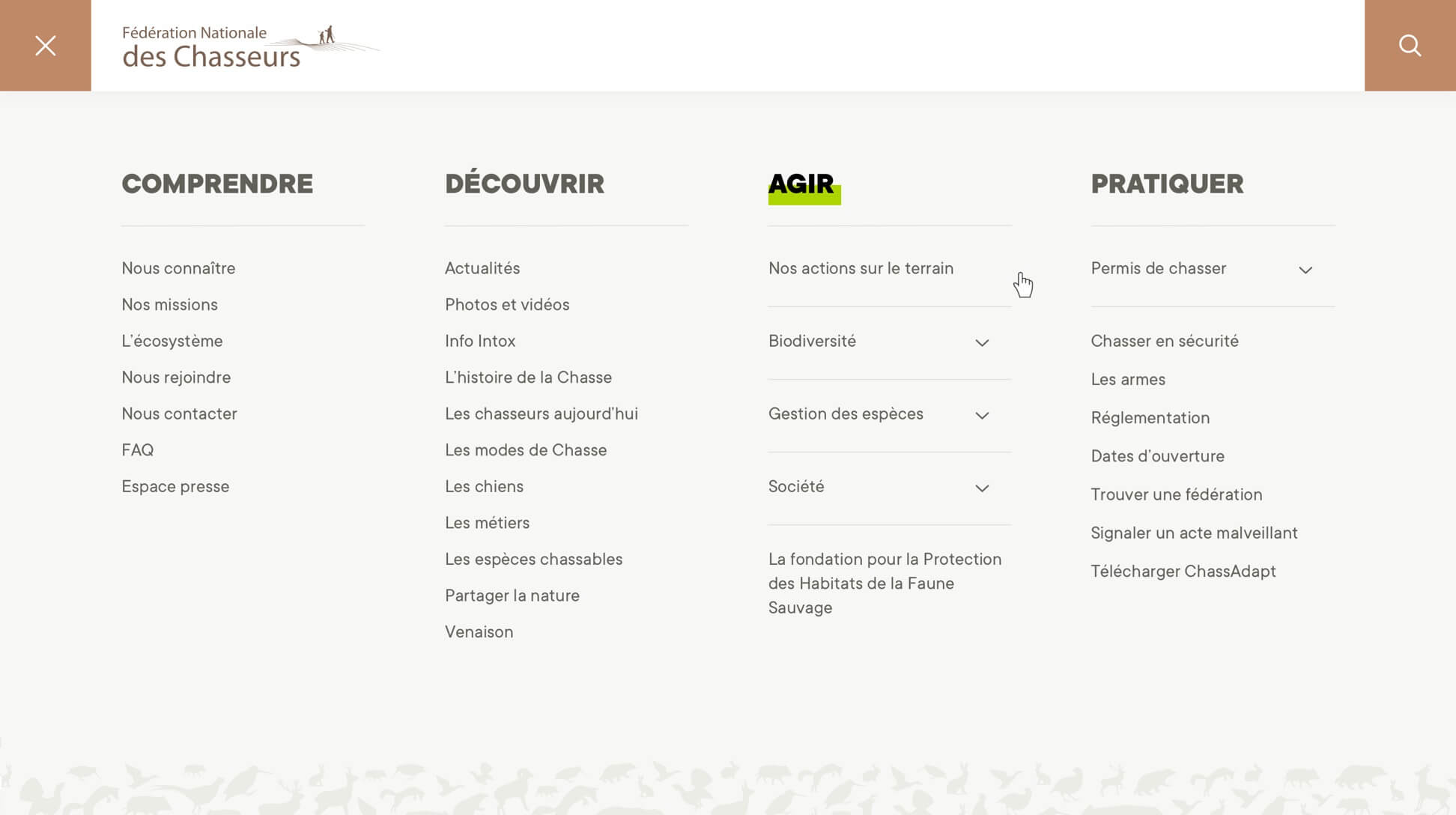 Clear up
the debate
with facts

Finally, we have chosen functionalities that shine a different light on the work of the Federation and help fight prejudice.
Idea #1

Place the many actions in favor of biodiversity on interactive maps. 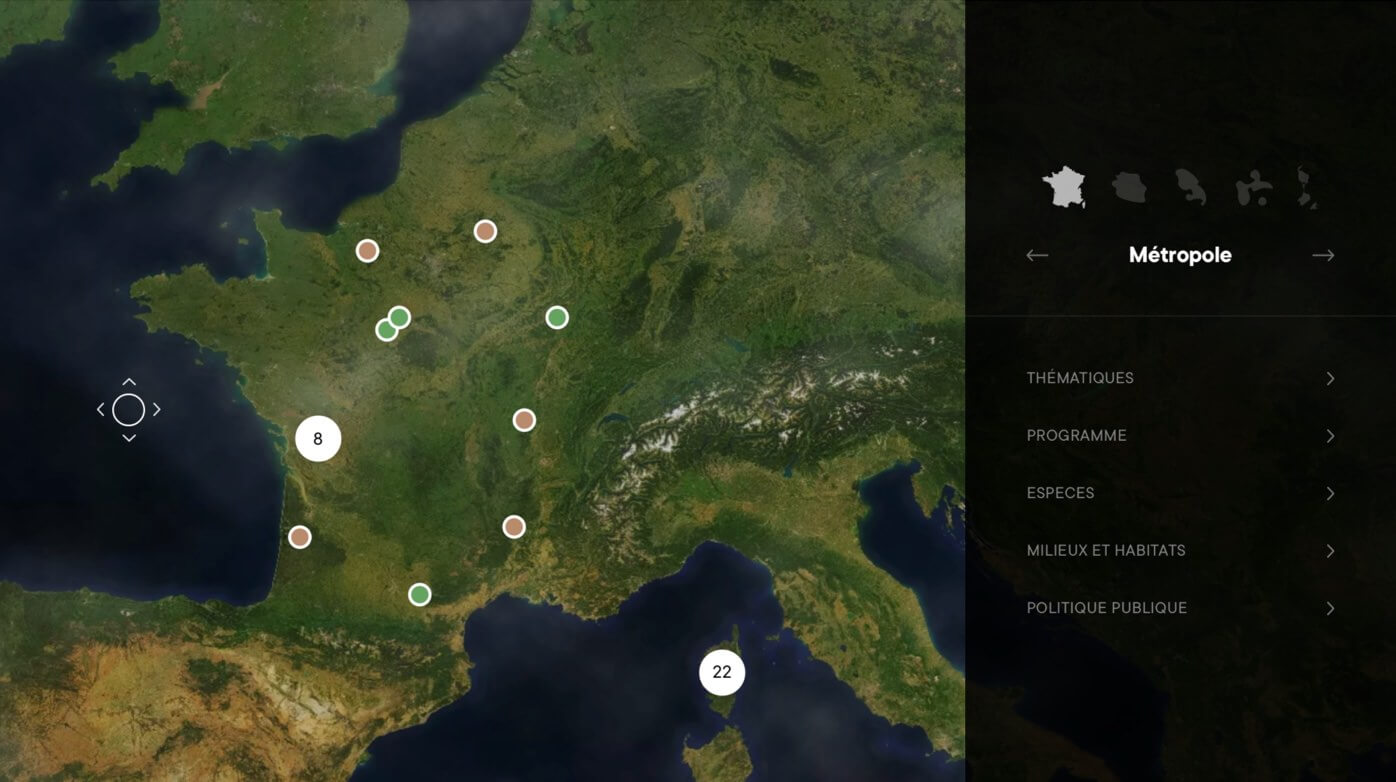 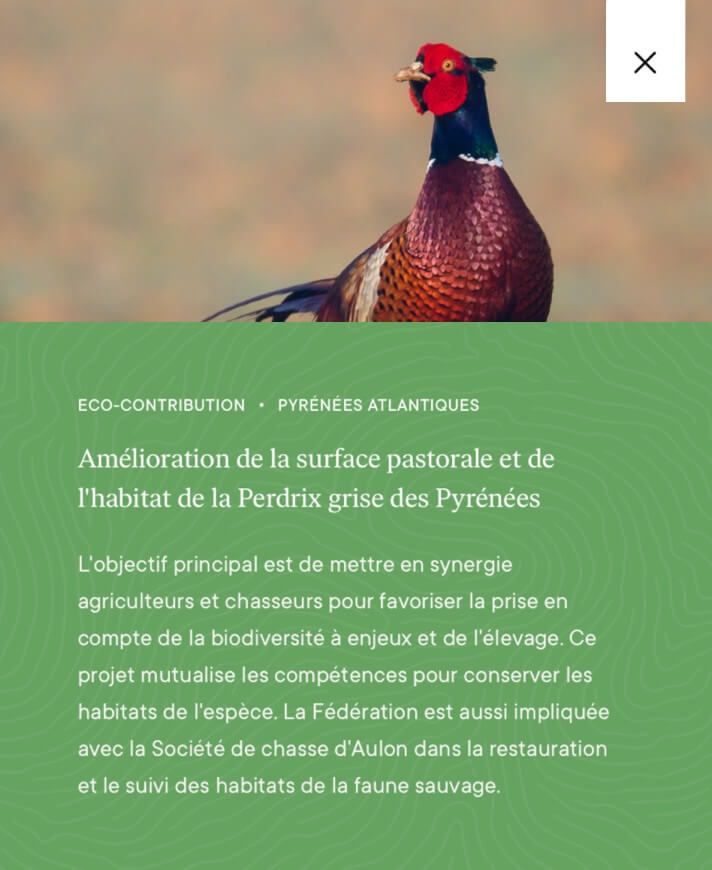 Present the studies carried out by the Federation in a more didactic and visual way.

Allow everyone to form their own opinion, thanks to verified information.

Sprinkled over the pages, we placed a “Fake News or Facts” module that lets users test their knowledge in a fun way, in order to debunk conventional ideas about hunters. 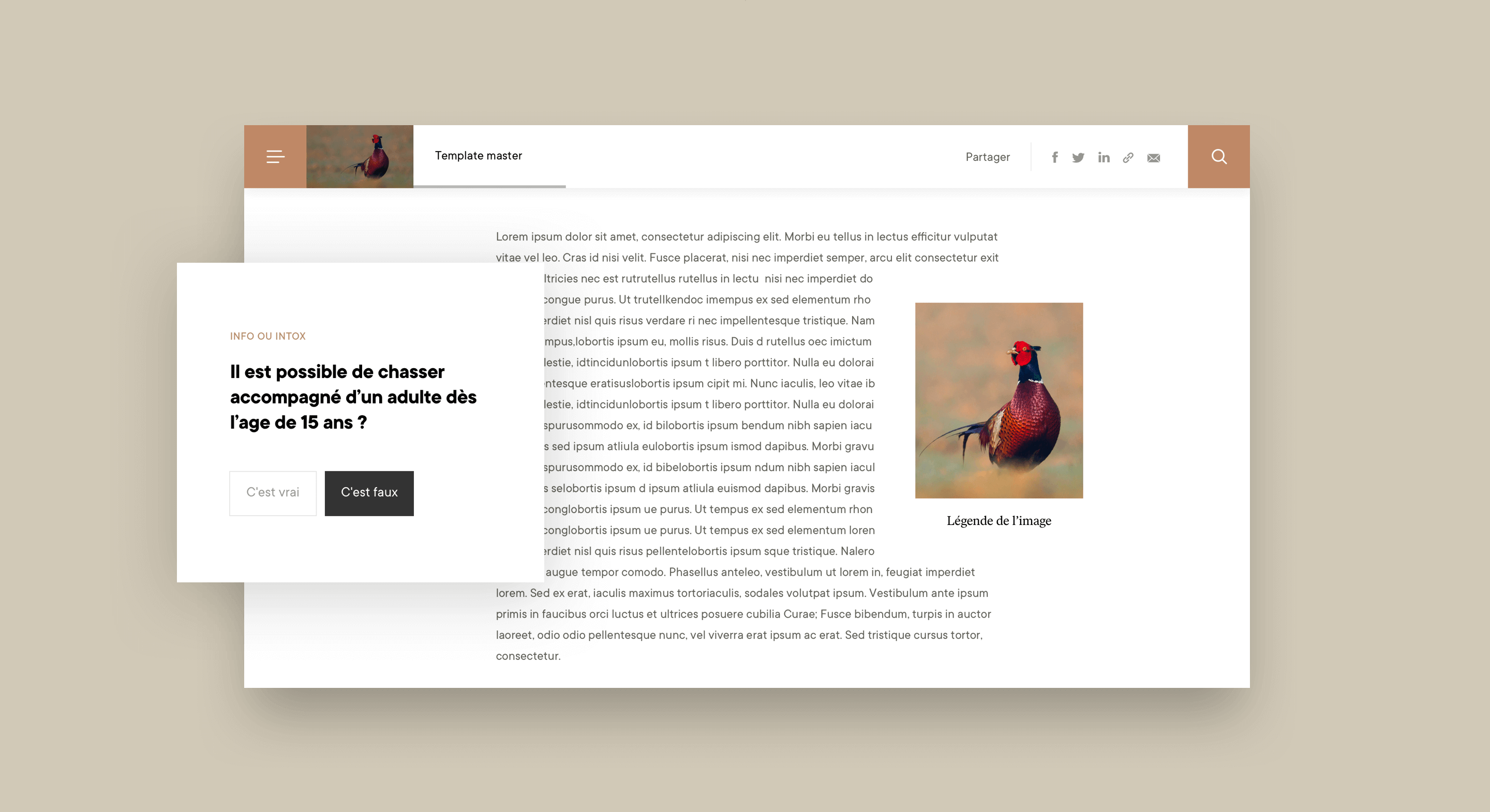 Let us sublimate your communication challenges! We put all our expertise at your service in order to carry out well-thought-out and well-executed projects alongside you. We look forward to meeting you.